Word Sick? How to Find Relief 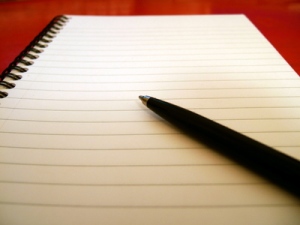 “I hate writing. I love having written.” This adage is variously attributed to such well-known authors as Dorothy Parker, Mark Twain, Eudora Welty, Neil Simon, Gloria Steinem, Joan Didion, Ernest Hemingway and William Zinsser, but it applies to less-accomplished writers as well. Anytime an average person has to write a letter to an insurance company, a cover letter for an important application, or a complicated legal disposition, for example, putting his or her thoughts down on paper or into a word-processing file can be daunting. If you’re not confident in your own way with words, an experienced editor can provide a map and a push in the right direction. “Being a good writer mostly means being a good observer and a good thinker,” editor and author Gene Weingarten notes in his introduction to his essay collection The Fiddler on the Subway. “With work, it’s possible to triumph over a lack of innate writing skill.”

That’s good to know, because Weingarten’s introduction also acknowledges that writing can be hard work and full of frustration. “A real writer is someone for whom writing is a terrible ordeal,” the Washington Post columnist writes. “That is because he knows, deep down, with an awful clarity, that there are limitless ways to fill a page with words, and that he will never, ever, do it perfectly. On some level, that knowledge haunts him all the time. He will always be juggling words in his head, trying to get them closer to a tantalizing, unreachable ideal.”

Aggravated by your own attempts to reach that ideal? Here’s a prescription for quick relief: Take two ibuprofen and call an editor in the morning.